The story Belling the Cat teaches the audience that how wisdom should not be judged by the plan by not only the desire of the outcome. But, the execution of the plan should also be considered before evaluating a plan. The lesson provides a significant difference between the ideas and their feasibility.

The story is about a cat whose name is Splat. He does not want to go to school and tries to come up with different excuses. But still, his mother insisted him go to school. Meanwhile, he took his pet mouse with him so that he has a friend with him. At school when the other cat classmates saw the mouse, they started to chase him. But Splat became a hero and saved the mouse from trouble.

A fox and a cat were talking about how they can escape from the attack of dogs. The fox started to brag about how many ways he knew about. But the cat was happy for him and told him that she only knew one way to escape. When the dogs attacked, the cat saves itself but the fox could not hide and get himself killed in the end.

4. The Cat, the Cock and the Young Mouse

The young mouse who has never seen the world goes out for an adventure. But, in the adventure, he came across two creatures that he has never seen before. He misjudged the creatures by their looks and thought of its enemies as its friends. But her mother guided his son and told him to never trust anyone on their appearance.

A cat being very hungry kept a close eye on the mice. He tried to catch them by using a trick and got hold of some of them. Next time, when he again became hungry, he tried another trick but an old mouse was aware of many tricks of the cats and warned the other cats to be careful. Hence, keeping the rats away from getting tricked again. 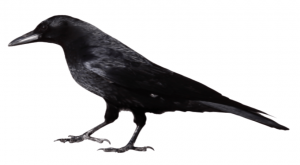