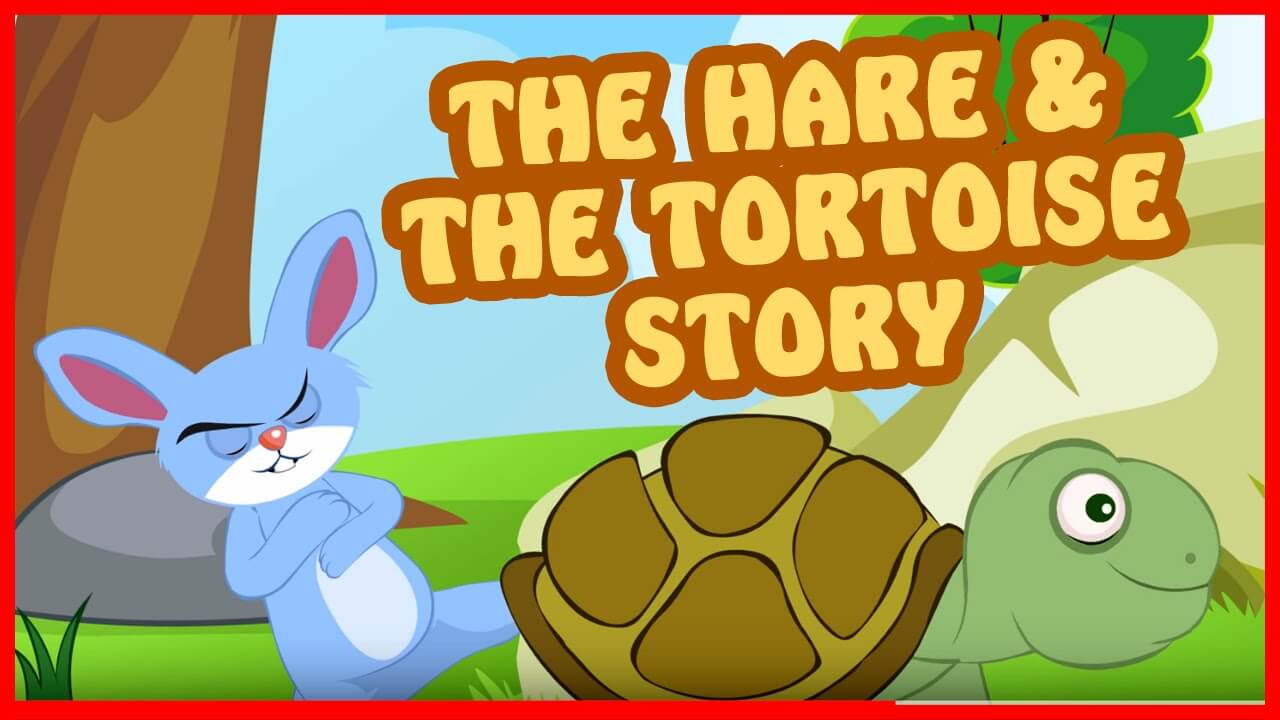 There was once a Hare who boasted about how fast he could run. He would always show off by sprinting around and trying to show everyone he is the fastest animal in the jungle. Tired of seeing him brag, the tortoise challenged him to a race one day. The hare began to laugh. “How can you race me; I am one of the fastest animal’s in the jungle and you are one of the slowest.” He mocked the tortoise. But the tortoise kept his challenge and the hare finally agreed.

On the day of the race, all the animals had gathered to see the two compete. As the race started, the hare sped off, sprinting through the forest, while the tortoise started of slowly, he steadily continued his way through the forest.

But soon the hare had run far enough to not see the tortoise behind him. So, he decided that he would rest for a while and would continue later. The hare fell asleep but the tortoise continues slow and steady, making his way through the forest. Soon the tortoise crossed the hare too and in no time, he had also crossed the finish line.

When the hare woke up, he hadn’t realized how long he had been asleep, but when he finished the rest of the race, he found out the tortoise had already won. The hare had lost to the tortoise!

The animals were cheering the tortoise on while the hare felt ashamed of being so boastful. “Do not brag about being the fastest when the slow and steady can also win the race!” rejoiced the tortoise.

The Emperor’s New Clothes is the next on the list.

The King and The Drum Story