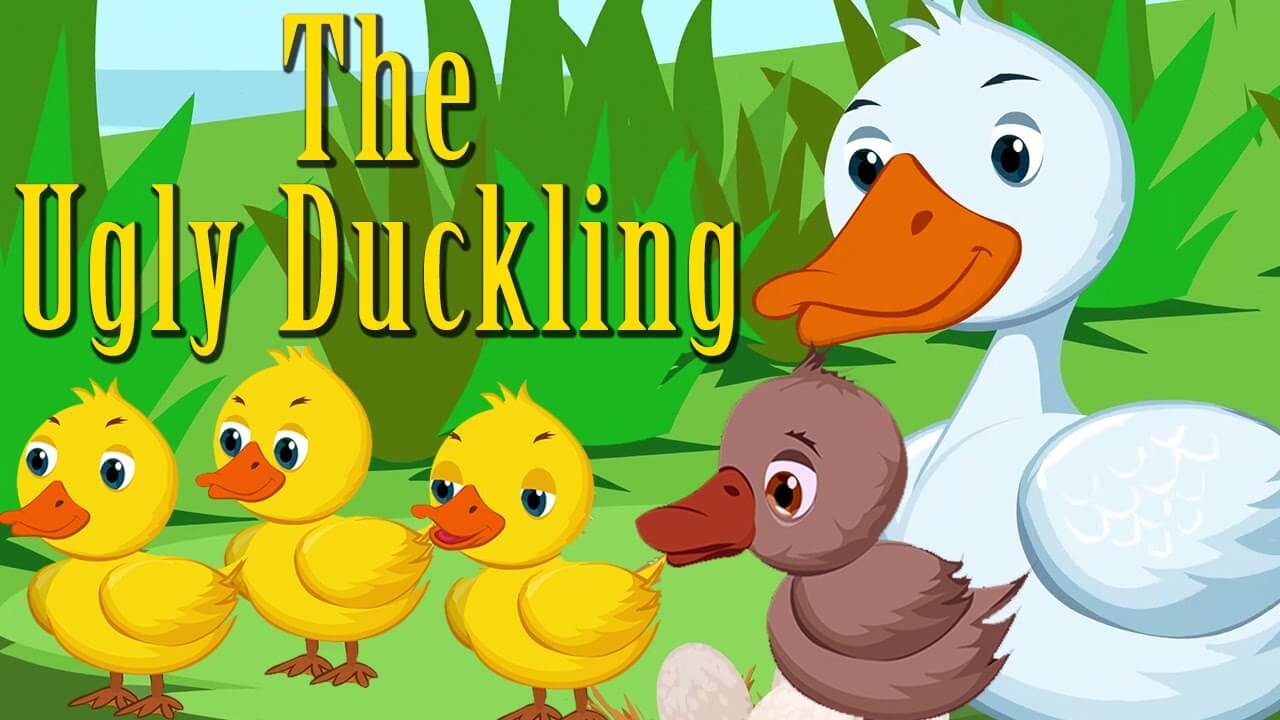 There once lived a duck who had laid seven eggs. After all the eggs hatched, there were six adorable little ducklings, while the seventh one looked oddly different from the rest of his siblings.  This duckling was dark and his quacks sounded horrible too. His siblings would tease him and ridicule him for being the ugly duckling. Even the mother did not like this duckling and he always felt left out. “Nobody loves me because I am the ugliest,” said the duckling sadly. That night he decided that he would run away from home and ran away far into the woods.

Soon winter arrived and the duckling almost froze to his death in the forest, a farmer found him on his way home. The farmer took the duckling with him to his wife and children. But the farmer’s children scared the duckling. They would chase it and scream and shout, trying to play with it and this made the duckling run away from this home too. Thus, the poor duckling had to spend the cold winter months near a pond.

Alas! That was it. He had looked different from his siblings because they were all ducklings and he was a swan! Oh, how lucky he was in reality to be such a beautiful creature.

Thus, the two swans got married and lived happily ever after.

Moral: Your looks and other external factors do not define your worth.

You can read The Hungry Mouse as the next story on 5 Minute Bedtime.