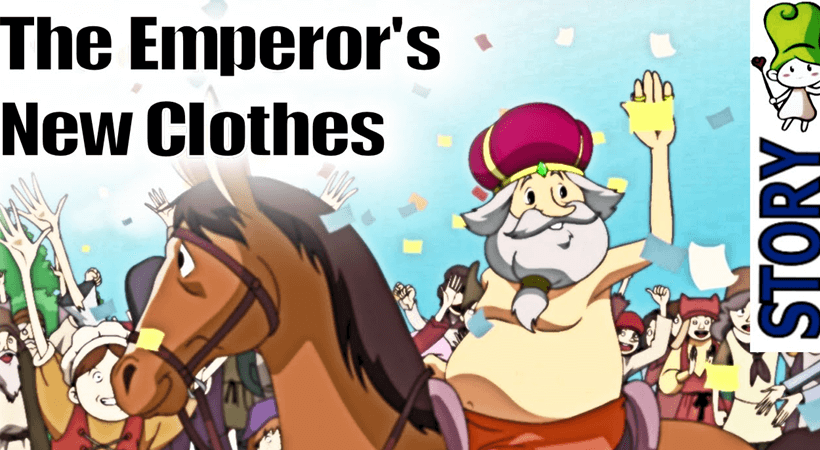 There once lived an emperor who wanted to wear the best clothes. “I want to wear the nicest clothes and the most extravagantly stitched gowns” he would say. He kept looking for the best tailors, till one day he found a pair of tailors who said they weaved the finest fabric and stitched the most beautiful gowns.

One day the King asked them to show him their fabric. They agreed to do so, but said that foolish people would not be able to see the fabric because it is so fine and beautiful. When they bring their fabric to the King, he was unable to see anything. Confused, he tried to focus harder but still can’t see the clothes. The King does not want to admit that he cannot see them, because it would imply he is foolish. So, instead, he ordered them to make clothes for him, which he would wear on the parade and gives them a large amount of money.

“We have tricked the King” the tailors snickered. So days passed by and the tailors pretended to be stitching gowns for the King. When the day of the parade arrived, they brought empty bags to the King, pretending to marvel at the beautiful clothes they had brought. The King, although couldn’t see anything, was very happy and said he would dress in the gown for the parade, so the tailors pretended to put the dress on him, when in reality, he was wearing nothing!

As the king arrived at the parade, the people were excited to see his outfit. They had heard about the tailors and how no foolish person would be able to see the gown. When the king arrived wearing nothing, everyone was shocked!  But no one dared say anything because they thought they can’t see the clothes because they are not the smartest. Thus, people continued to wow at his clothes and applaud him for his beautiful outfit.

Moral: Pride and foolishness is a deadly combination.

The Lonely Snowman is the next on the list.

The Wind and the Sun