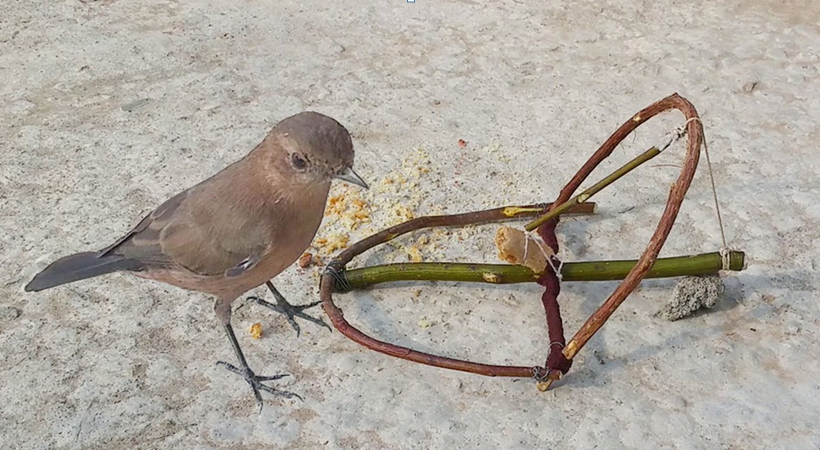 Once upon a time a farmer had a beautiful flock of doves. He would take them on a walk around the village sometimes and lead them as they flew around. One day as they were on their walk, the doves became hungry. The farmer suggested that they should fly around a little and look for something they could eat.

The flock of birds flew around a little, till one of the birds so some barley under a big oak tree. As one of the doves landed on the barley starting to peck it, the others followed too. However, suddenly a net landed over them, trapping all the birds inside. A hunter had set up a trap! The birds began to panic because they could not escape.

The farmer soon arrived and looked at the state of the birds. It was impossible to cut the net by himself, so he came up with a plan.

“You are stronger together” said the farmer. “If you all fly together you can carry the net away to some place where it can be cut”

The birds understood the farmer and began to flap their wings together and were soon off the ground lifting the net with them. They began to fly away when the hunter also noticed them and began to follow his net, trying to catch the birds.

The birds continued to fly till they spotted a cave at the edge of a hill. They quickly flew into it and asked the mouse living inside to cut up the net. The hunter had to climb up the hill so this gave the mouse time to work on the net.

The mouse chewed on the net till he was able to cut through it and one by one all the birds began to fly free.

It was true, what the farmer had said, that the birds had strength in their unity. From then on wards they always flew together.