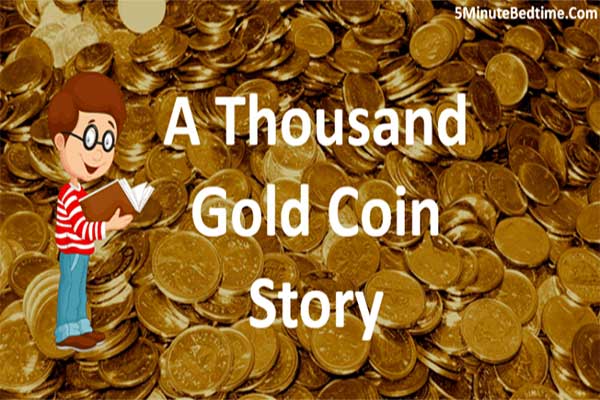 One day King Julian and His minister were taking a walk around the city and having a conversation. The minister said that he believes people would be willing to do anything for money. King Julian however did not agree. He bent down and pushed his finger into the freezing cold water of the lake and said that no one would be willing to spend an entire night in the cold lake for some money. The minister said that he believed someone would do that too for a thousand gold coins in return.

So the king asked him to find a man who would be willing to spend the night in the lake. The minister searched the city for a desperate, poor man who really needed money. He asked him he would be willing to spend a night in the lake and the man said that he would do so. So the minister brought the man to the lake and asked him to get it. Guards were asked to monitor him to make sure he did not come out during the night.

The next morning, the minister went to the lake and asked the old man to come out and go the palace. The man did so and met King Julian, who was amazed to see that he had spent the night in the lake. The king asked him how he had managed to do so and he said that he kept his focus on a lamp five feet away from the lake and kept thinking about the warmth it radiates.

The kind refused to give the old man the thousand coins, saying he had cheated and had had used the lamps warmth to survive. The poor old man thus went to the minister for help.

The minister sent a message to the court saying that he would not come to the palace till he had cooked his pot of porridge. King Julian waited and waited till he became curious as to why the minister still hadn’t come, so he decided to go over himself.

When he arrived at the minister’s house he saw that the minister had tied the pot of porridge five feet above the stove. The king began to laugh saying there is no way the porridge would cook like this because it would not receive any heat. The minister said that if the pot cannot get heat from the stove, then how he thought the old man got heat from the lamp so far away.

The king realized his mistake and was ashamed of himself. He called the old man to his palace and gave him a thousand gold coins, as promised.