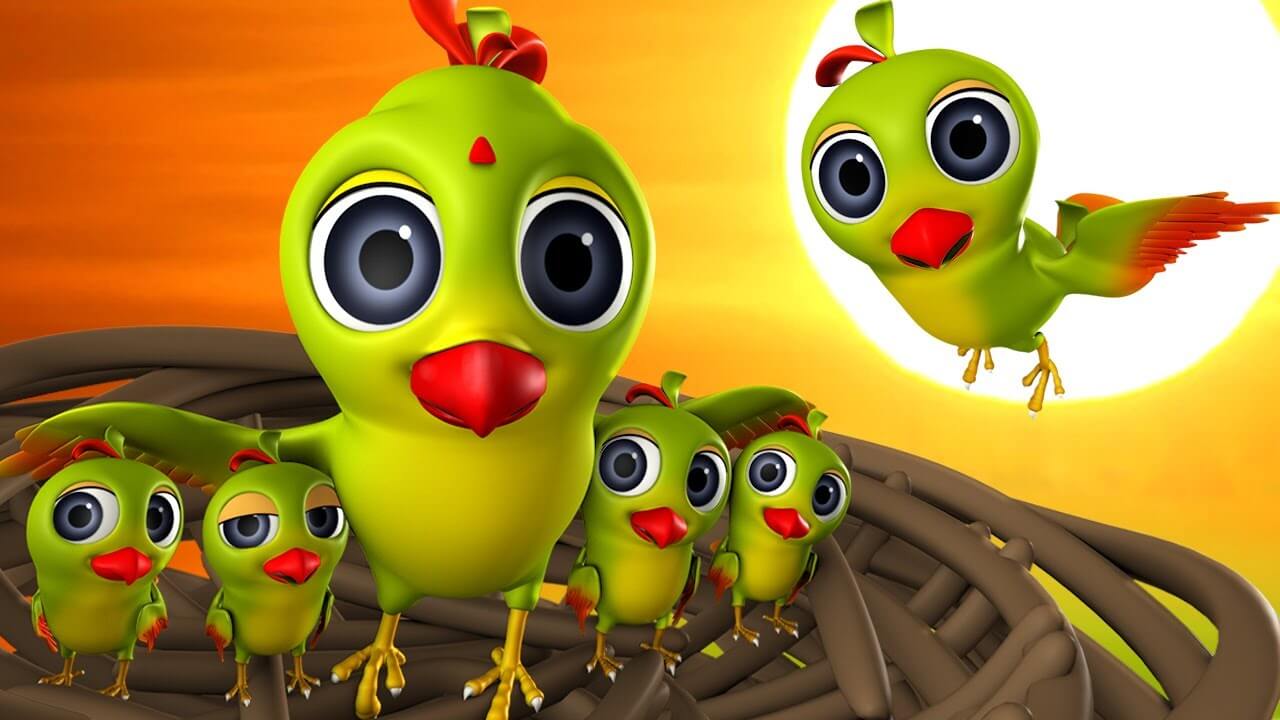 Once upon a time, two parrot brothers lived happily in a forest. They flew from tree to tree and enjoyed their life. One day a hunter was roaming the forest when he saw the parrots flying around. He found the parrots to be beautiful and colorful and thought that if he could take them to the King, he would be very happy to have them.

The hunter lay out a net and some seeds and soon the parrots fell for the trap. The hunter kept them in a beautiful cage and presented them to the King. “Dearest majesty, I have brought you these parrots, which I caught deep in the forest. Seeing their beautiful colors, I am sure they would increase the beauty of your palace”. The king was delighted to have the parrots and gave the hunter a big reward, asking the servants to take good care of the birds.

The parrots were fed very well and were the center of attention in the palace. The young prince would also come and play with them. They were living a luxurious life. One day the older parrot said to his brother, “We are so loved in this palace”. “Yes, we are living such a luxurious life without any hard work” said the younger one.

But soon everything changed. One day the hunter brought in a small black monkey named “chunky”. Chunky could do tricks and would jump around from place to place and made everyone laugh. He would get so much attention that slowly the parrots became less important.

The younger parrot started getting worried. There were days when they wouldn’t even get food, and the king always seemed to be entertained by the monkey’s mischievous activities, watching him all evening in the courtyard. But the older parrot was wiser, he tried to comfort his younger brother. “No hardship is permanent, and no fame is either. I am sure things will go back to normal very soon, just be patient”.

One day the young price went to play with the monkey. The monkey, who was very active, jumped around so viciously, that the little price got scared and began to cry. When the king found out that the monkey had the scared the prince so bad, he ordered that the monkey should be left in the forest again

The days of neglect were over. When the monkey left all eyes were back on the parrots once again and they were back to being everyone’s favorite. Fruits and great food were served to them and the young prince would come to play with them.

The wise parrot had taught his brother an important lesson. There may be bad circumstances temporarily, but nothing is permanent and we should remain patient and steadfast in times like these.

The Intelligent Merchant is next on the list of stories

Aladdin and The Magic Lamp