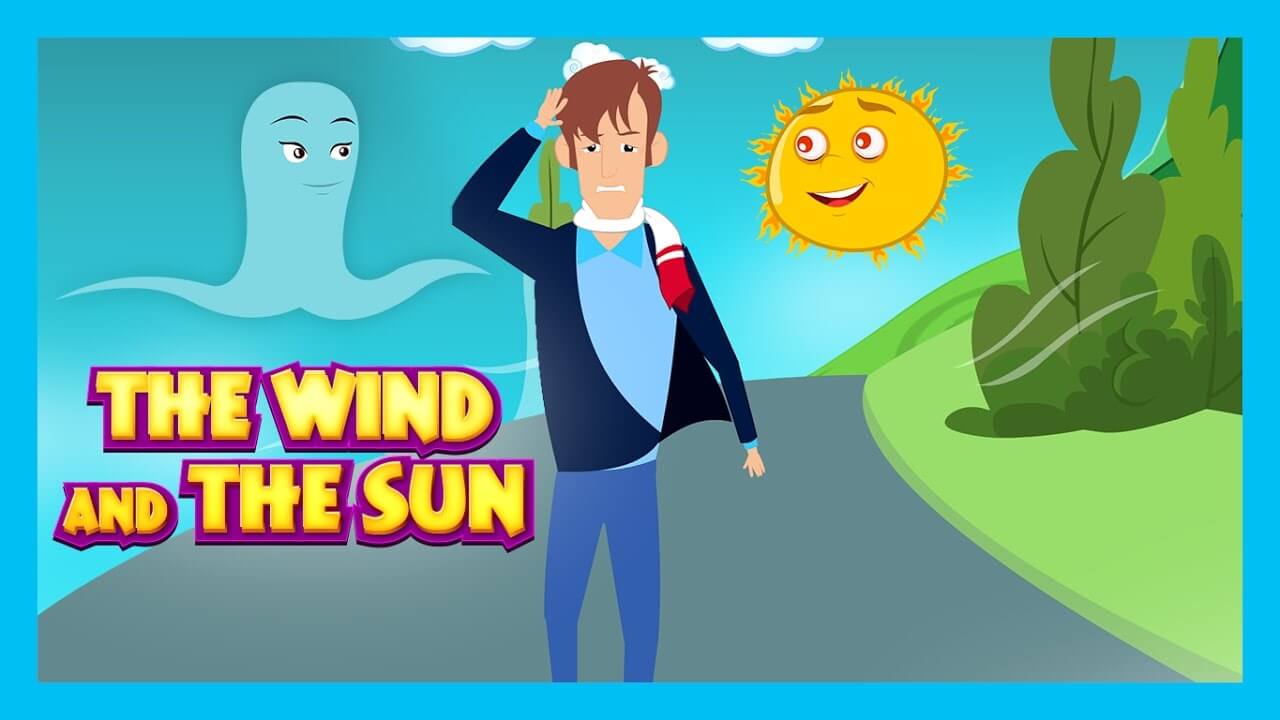 One day the sun and the wind got into an argument about who was the stronger element. They were in the middle of their argument when they saw a man walking by. “Whoever can remove that man’s coat is the strongest” exclaimed the sun.

The wind decided to go first. It began to blow hard and as strong gusts hit the man; he wrapped his coat harder around himself. But the wind would not give up so easily. It blew harder and harder; with the strongest force it could muster. But the more forceful the wind got, the harder the man held onto his jacket. The wind soon grew exhausted from blowing so hard, but the man’s coat had not been removed. He gave up.

It was now the sun’s turn. Instead of using force like the wind, the sun began to shine down upon the man. As the temperature grew, the man began to grow hot in his coat. The sun continued to shine brighter and brighter till it was too hot for the man to keep his coat on so he took it off and headed for the shade. The sun had been successful.

Moral: Gentle persuasion may be stronger than force.

Get into the adventurous ride with Aladdin and the Magic Lamp