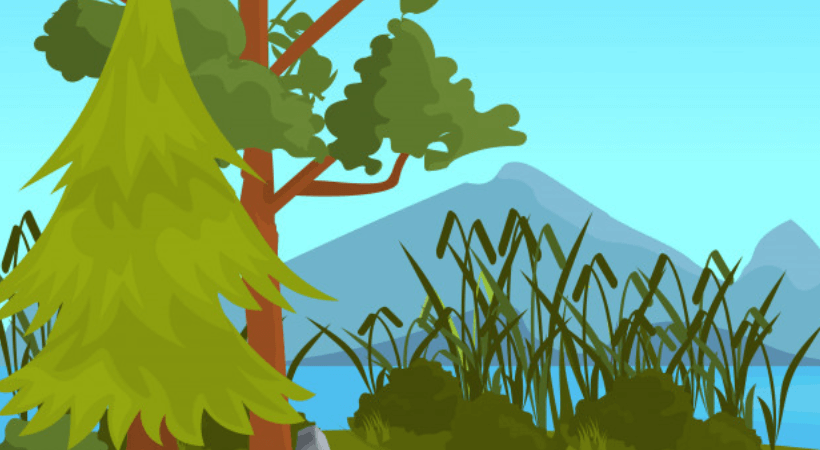 Once upon a time, in a far off forest there was a tall oak tree. The oak tree was slim, strong and tall and had been standing in the forest for years and years. He had survived every storm and every sunny day till this day. This made the oak tree arrogant.

Near him grew a small weak read. The reed was tiny and fragile and therefore the oak tree couldn’t help but shame it for being so weak.

“I am the strongest tree in the forest! There is no other tree which has remained in the forest for so long. You are such a weak reed, any storm or wind would easily blow you away” said the tree, ridiculing the small reed.

The reed would often get angry at the tree’s words but he would not reply. Time would tell whether he can survive every storm or not. Later that day a small storm came. The oak tree stood tall but the red bent low so the wind could not blow it away. When the storm had passed, the tree made fun of the reed again.

“You are such a weak plant, you have to bend over to survive the storm where as I can stand straight and tall and still make it through perfectly fine” boasted the tree arrogantly. Once again the reed did not reply to the tree.

Days and weeks went by when one night it started to get terribly windy. The reed quickly bent low, but the tree remained up straight, refusing to bend. At the start the wind was bearable, but slowly it was accompanied by rain and lightning till it turned into a full blown storm. This storm was so violent that no creature in the forest had seen such a storm.

But the tree continued to stand straight, till the wind pushed and pushed against him and the rain swooped at him, till he was finally uprooted. He had been pulled away from the roots and now lay on the ground withering away.

The reed, which had bent down during the storm, had remained safe throughout. Although sad, the reed had learnt a lesson. He may have bent over to protect himself, but at least he did not break and that is what matters.