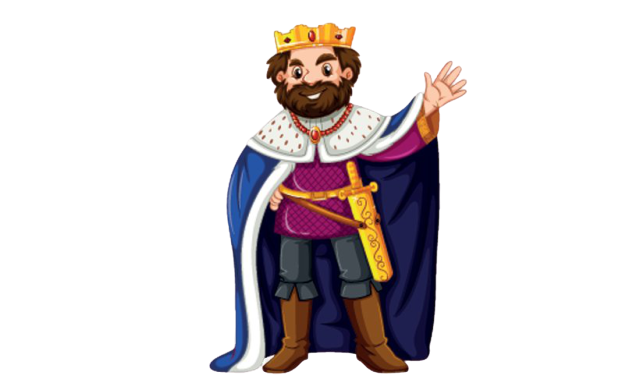 There was once a king who ruled over seven kingdoms. He was kind and just, and the people loved him very much. However the king had a disability. He had a poor eye and had lost a leg during a battle.

Because of his disabilities, the king never had any paintings made of himself because he did not want to see himself look like that. Over time a lot of painters had tried to paint him a picture of him but he had never liked any of them. However his heart desired that there should be a grand painting of him that he could put up in his palace for people to marvel at. So he decided that he would summon all the painters in his kingdoms to paint a portrait of him and he would give the best one a big reward.

So one day all the painters of the country gathered to start painting the king. But most of them were so confused. How could they make him look good with just one leg and one eye? It seemed difficult and if they were unsuccessful they would not get the reward and they might make the king angry. So slowly they began backing out of the challenge. They politely withdrew, except for one poet who came forward and agreed to paint the king.

Everyone was curious to see what he would come up with. The painter spent a long time painting and sketching and was soon ready to show the king his painting.

What the king saw left him truly impressed. The painter had painted a glorious background showing all of the king’s victories and his palace and had used it cover up the king’s disabilities. He showed the King on a horse so his bad leg wouldn’t show and painted his helmet over his bad eye. It was a truly magnificent sight for the King and he was very pleased.

Thus, as per the promise, the king gave the painter a great reward and hired him to make all palace paintings for big sums of money. The painter had truly been able to look past the king’s disabilities and had focused on his achievements instead.

Moral: We should focus on the positive traits in other people.