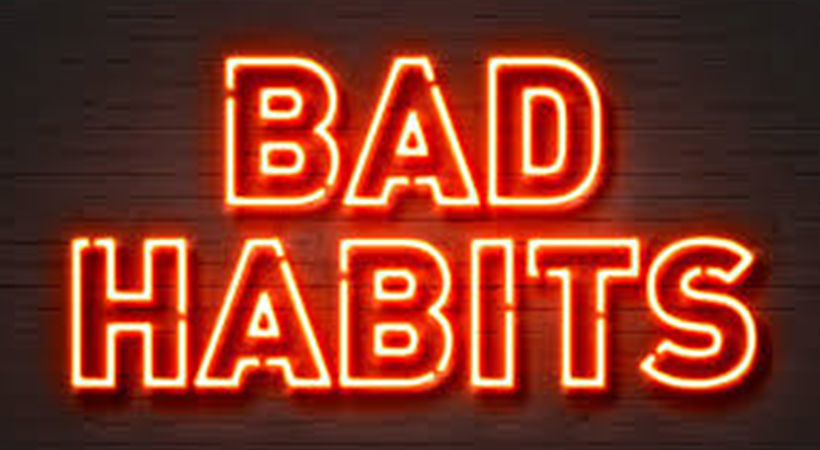 Mother came into his room and said: “Jem? What is this behavior? How many times I’ve told you not to bite nails. It’s a bad habit.”

Jem: “Mom, It’s just you and me in the house. I bite nails only at home”

Mother didn’t say anything and left the room.

Few days later they went out and Jem begged his mother to buy him an ice-cream cone.

Mother: “Okay. I’m buying you an ice-cream but you will eat this at home not here. Got it?”

Jem, enjoying ice-cream at home and licking the melted ice-cream from his arms.

Mother: “What are you doing? That was the reason I didn’t allow you to eat ice-cream in public.”

Mother: “Bad habits are not that easy to eradicate. If you don’t stop yourself from these habits they’ll stick with you forever and no one likes a person with disgusting habits.”

One day their cousin invited them to the dinner. They both went happily but there was no other kid of Jem’s age. Jem out of boredom started biting his nails in front of the cousins. Her mother motioned him to stop but he continued doing this.

On the dinner table, they had ice-cream in dessert and Jem licked the melted ice-cream out of his arm. His mother and cousins saw him and cousins noticed he has bad manners.

On the way home, mother was enraged while Jem had no idea if he had done anything wrong.

Mother: “You embarrassed me a lot Jem.”

Mother: “I have always forbidden you for biting nails and licking ice-cream out of your arms but you’ve never listened to me and now it has become your habit. Your cousins must be thinking of you as a bad boy.”

Jem: “Yes, Mom. You’re right, but I got bored and every time I get bored I bite my nails. There was no other person of my age.”

Mother: “That’s why I’ve always scolded you for biting nails and licking ice-cream because if you don’t nip bad habits in the bud at the initial stage then they become ingrained.”

Lesson of the story:

Bad habits are easily developed among children and are hard to break when they become strong. Some bad habits affect people’s physical and mental health like biting nails. It is difficult to get rid of them at adult age so such kind of habits must be eradicated at the initial stage so they won’t grow.

Jem didn’t listen to his mother and his bad habits were so much strong that he didn’t realize what he’s doing in front of his cousins.