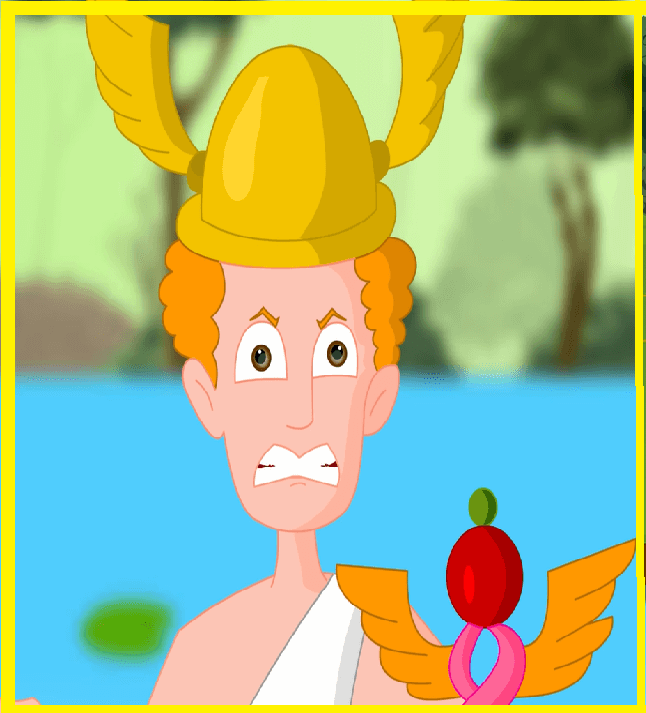 A talkative, hardworking but a little stupid woodcutter, cutting woods with a bright smile on his face. He saw a farmer coming so he waved his hand at him and the farmer came towards him.

The talkative woodcutter never shuts his mouth and starts talking to every person he meets while the farmer prefers to be quiet and was also a green-eyed.

Woodcutter: “I’ve often seen you working in a field. Sit here with me.”

(He forced him and farmer agreed).

Woodcutter: “I’m very happy today and the reason is my uncle, who lives in a city, called me today and he has found a job for me there. I’ll be wealthy now. ”

Envious farmer asked details of his job in a city. The foolish and talkative woodcutter told him everything.

Farmer: “Great! My relatives also lives in the same city. I will come to meet you”.

“How did you start woodcutting?” Farmer further asked.

Woodcutter: “Oh brother! We were very poor, sometimes we starved but and then I became a woodcutter to earn bread for my family but our days will be better now as I’m going to the city”.

They said goodbye to each other and the farmer went back to his field.

Woodcutter went to the city for his job. He worked hard there, and farmer came to see him one day. Farmer saw that woodcutter is now a wealthy man, made a lot of friends, he has left his habit of talking too much and everyone is respecting him in a city.”

Farmer didn’t like this and he was envious of the woodcutter. Out of jealousy, he told everyone about woodcutter’s poor past, his secrets, and his village life.

Woodcutter got hurt that his friend revealed his past.

Woodcutter realized he was a talkative and foolish person and he overshared a conversation with a farmer. He learnt a life lesson that the person should never discuss his past, his harsh secrets, and his future goals with anyone and especially with an unfamiliar person because some envious people can use our past as a weapon to spoil our future.