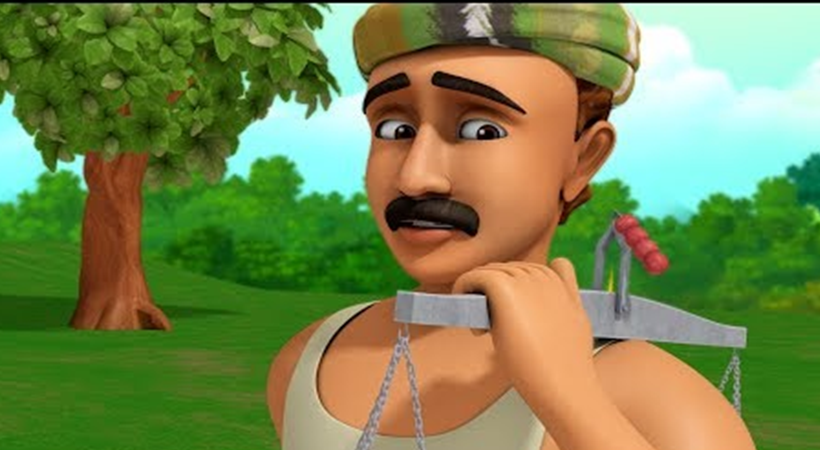 Once upon a time there was a merchant whose father had passed away leaving him all his wealth. But slowly the merchant had spent all the money his father had left him and was now left with just an iron balance. The iron balance was made of a lot of kilograms of iron and when the merchant had to go to another country for trade, he wanted to bestow the balance to his friend till he returned.

He went to his friend’s house and asked him to keep the balance, who agreed to keep it safe and sound with him till he returned. But the merchant remained away from the country for years and years. By the time he was making his way back, he had earned lots of money. But upon his return he went to meet his friend. They talked and the merchant gave his friend some gifts he had brought along too.

When he was about to leave, he asked his friend to return his balance. His friend knew that if he sold the balance, he could get a good amount of money in return. So, he decided to lie to his friend and said that the balance had been in the attic for so many years that the mice had eaten it up.

The merchant could not believe his friend. So, he decided to teach him a lesson. He asked him if his son could come along with him so that he can send some more gifts over with him. His friend happily agreed. So as the merchant went home with the child, he hid the child in a neighbor’s house.

When the merchant’s friend came looking for his son, he replied that “An eagle had swooped down from the sky and taken him away”.

His friend was infuriated, he began to kick and curse. “How can an eagle carry away a boy!’ he shouted.

“If mice can eat an iron balance, then an eagle can carry away a boy too. Upon hearing this, his friend became embarrassed. He had learnt his lesson. He agreed to give the iron balance back and the merchant asked his son to come back too. Thus, it became clear that the truth cannot be kept away for too long.

The Ugly Duckling is the next story on the list.

Aladdin and The Magic Lamp Story