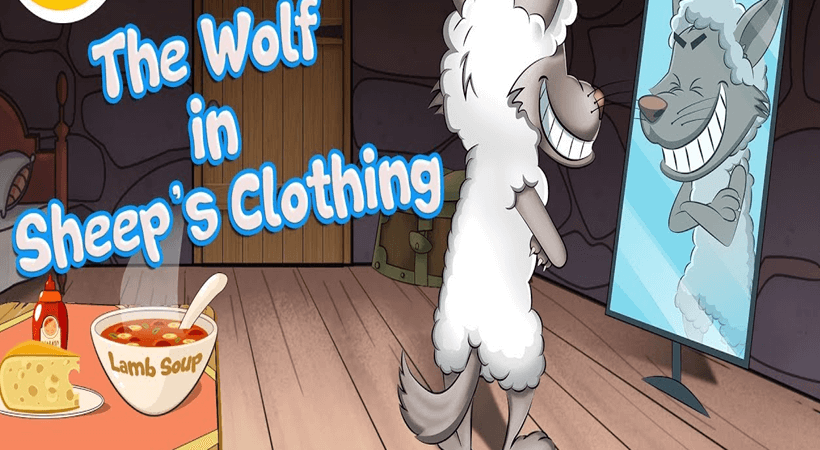 A wolf usually had a very hard time trying to get to a shepherd’s sheep because the farmer and his dog were very watchful of them.  One day however, the wolf found a sheep’s skin lying near the barn. He quickly sneaked into it and began to mingle with the sheep. One little lamb in the flock began to follow the wolf around.

Previous: The Ox and the Frog