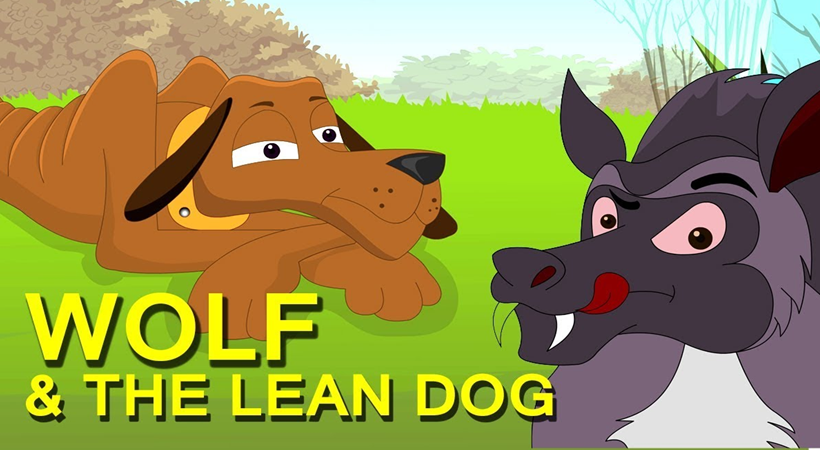 One evening, the wolf came across a lean, skinny dog in the woods, who had stumbled too far from his farm. Normally, the wolf wouldn’t bother chasing such a weak creature for food, but these days he had been exceptionally hungry. So, he began to slowly approach the dog who began slowly backing off.

“Please let me go now, the shepherd is hosting his daughter’s wedding next week, and I will be well fed and plump by then from all the leftovers. I will surely make a better meal then” said the dog.

The Wolf thought about it and was convinced that instead of eating the dog now, he would make a much better meal later on. And so, on the promise of returning after the wedding, the dog left.

The next week, the dog did not show up and so the wolf visited the farm. There, the wolf saw the lean dog, now much plumper, on the other side of the gate.

“You promised you would let me eat you” said the Wolf. “Yes, I will come to you as soon as the porter opens the gate” replied the Dog.

The porter however, was a huge beastly dog and the Wolf was aware of his contempt for his species. So, before the porter could arrive, the wolf sped off.

He should not have trusted the promises of someone who only wished to deceive him.

Previous: The Wolf, the Goat and the Kid

Next: The Wolf and the Ass