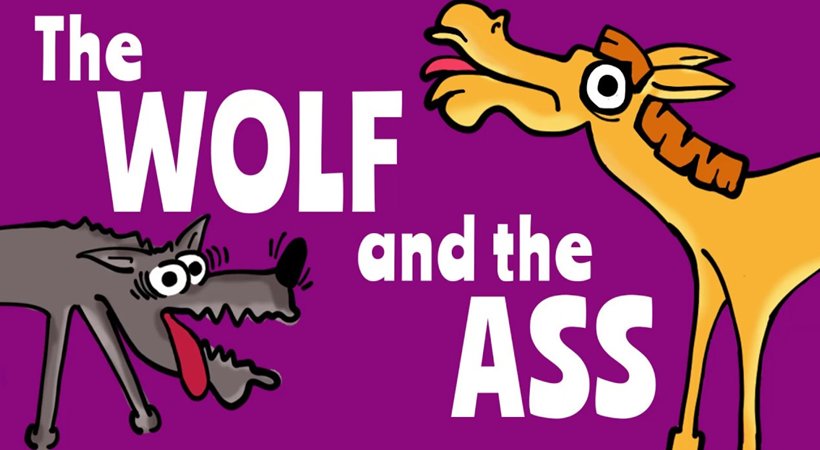 One day an Ass was grazing when it noticed a wolf lurking in the shadows. Knowing the Wolf’s intentions, the Ass began to limp and pretend to have an injured leg. The wolf came forward and asked the Ass why it was limp.

“I have a rock stuck in my hoof which might break your teeth when you eat me, so can you pick it out for me” said the donkey, continuing to limp.

The wolf thought that the Ass was right, he did not want a rock in his mouth, so he lifted the Ass’s leg, but as soon as he did so, the Ass kicked him hard in the face, making him fall a few paces back.

Before the wolf could recover from the blow, the Ass sped off. The wolf knew he deserved it. Being a butcher by trade, why was he even trying to be a doctor.

It is always better to stick to your own trade.

Previous: The Wolf and the lean Dog

Next: The Wolf and the Ass