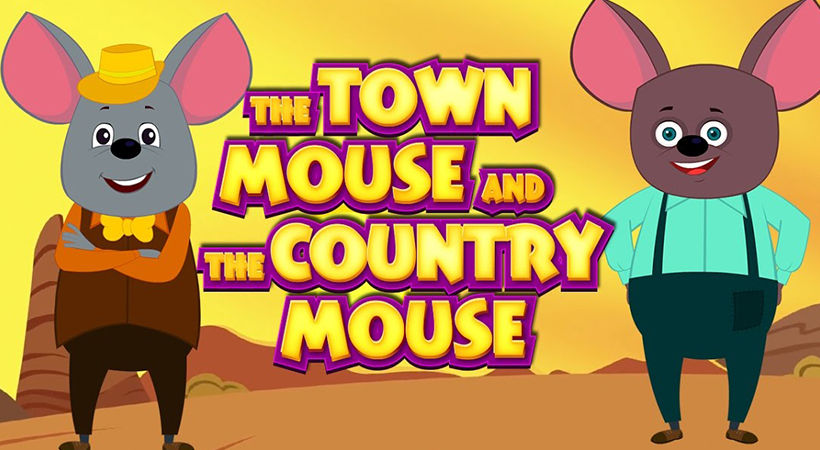 A country mouse spent his days on a barn. He ate scanty food and slept on hay in his little mousehole. He woke up to the rough country life and had to search for food every day. On the contrary, a city mouse lived comfortably. He lived inside a warm house, and never had to face the harsh weather and wind. He slept on a tiny piece of comfortable mattress and only woke up when he desired.

On long sleepless nights, as the horses neighed outside and the cold wind gushed into the barn, the country mouse would dream of living in the city. He dreamt of the dainty, luxurious life and how he could enjoy everything within the safe walls of a mansion.

But as soon as they decided that they would eat, a massive house cat came gnawing into the hall and the mice scurried away for their lives.

Barely escaping the monster, the mice huffed into a mousehole, but by the time they peered outside, they saw that all the food had been taken away. The country mouse now knew what he had wished for. He might have to live a hard life on the barn, yet he would trade away the glamour of this life for the safety he had in the past.

Thus, within the next few hours, he bid farewell to his cousin and made his way back, now living his country life with a renewed sense of gratitude.

Previous: The Frog And The Ox

Next: The Owl And The Grasshopper