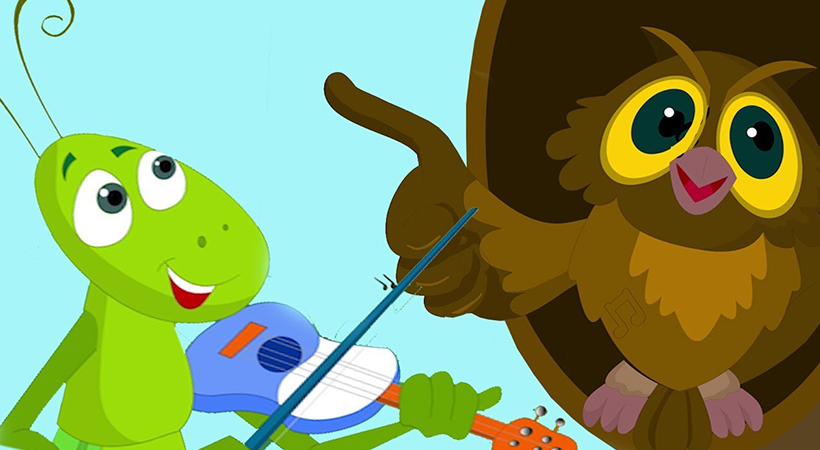 An owl was in that age of life, where he was becoming increasingly harder to please. The slightest of inconvenience bothered him and the slightest of sounds disrupted his sleep. Being nocturnal meant that the owl would sleep during the day when the entire forest was bustling with life, and he would hunt at night, as everyone else slept.

Thus, one evening, the old owl was trying to sleep when a grasshopper began singing his song. The owl peeped his head out of his hole and looking out asked the grasshopper to stop. But the grasshopper was adamant that he had every right to sing there because it was a free land.

The owl understood that he would not listen with harsh words. So, softly the owl said that he might as well enjoy the grasshopper’s songs. He even invited him for some wine since he was so moved by his lovely voice.

Moved by the owl’s kind words, the grasshopper jumped up to meet the owl, but as soon as he was close, the owl gobbled him up.

Not all flattery is true appreciation and so it shouldn’t throw you off guard.

MD: ‘The owl and the grasshopper’ has a great moral about not taking flattery too seriously.

Previous: The Town Mouse And The Country Mouse

Next: The Travelers And The Plane Tree