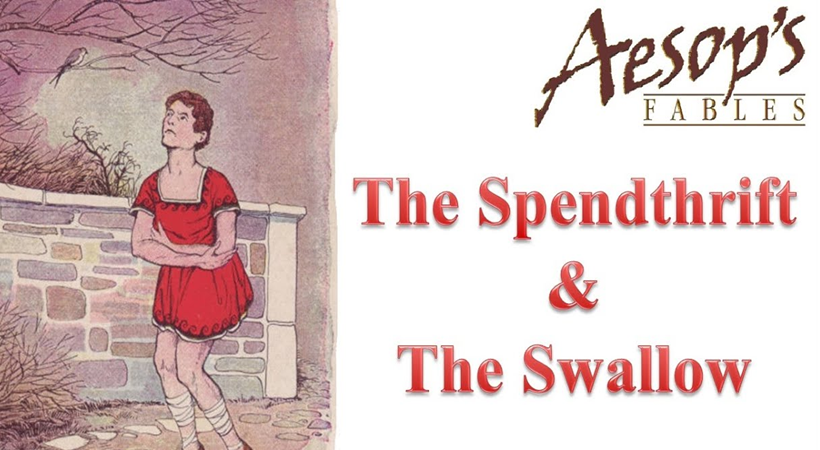 A young man was famous for being a good spender and very generous with his money. He would often spend huge sums of money on his friends and was quick to waste his fortunes. Soon, he was struggling to live up to people’s expectations.

As time flew y, his fortunes were reduced to pennies and just a couple of warm clothes he owned. One day he had to attend a meeting at the tow hall but was terrified of not being at par with his reputation.

Now he did not know how to meet people’s expectations, since had nothing to sell from which he could get enough money to flaunt.

One day as he stood in his garden, he saw a swallow fly across the sky. He believed it was a sign that summer had begun. That day he went to the market and sold all of his warm clothes and got the money, which he then took with him to the townhall meeting.

However, he had been mistaken. A few days later a very heavy frost came and buried the entire town in snow. The foolish spendthrift and the poor swallow did not have it in themselves to survive the winter and both died.

It was clear, that one swallow does not make a summer.

Next: The Sick Stag