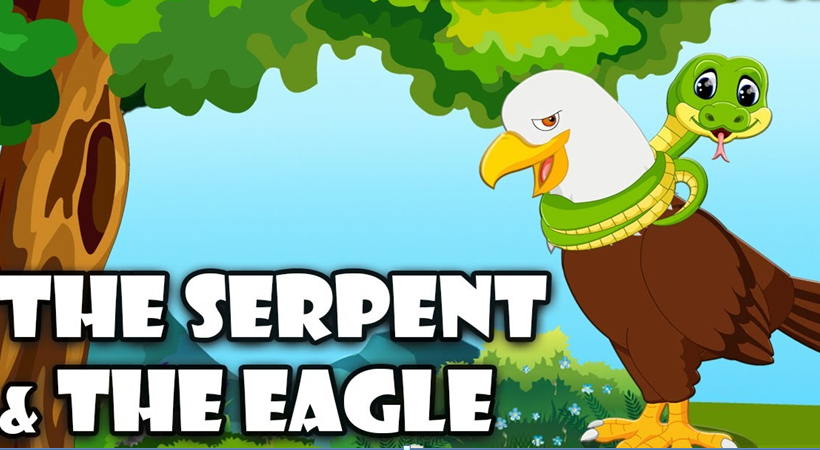 One day a serpent and an eagle were combating and the serpent was clearly taking the lead. He had tightly wrapped himself around the eagle’s neck and continued to strangle him.

A Countryman was standing in his field and he saw the whole scene taking place. He felt pity for the eagle and decided that he would intervene. He picked up a stick and struck at the serpent, making him fly off the eagle’s neck. But the serpent tried to get revenge. He threw himself at the Countryman but could only reach his water flask. He bit down on the thin cloth covering it and drops of poison seeped into the water from his fangs.

The countryman then went his own way, returning back home. On his way he grew thirsty and decided to drink some water from his flask. But the eagle swept by and took the flask from his hand, returning the favor of kindness and saving the Countryman’s life.

Next: The Hare and the Frog