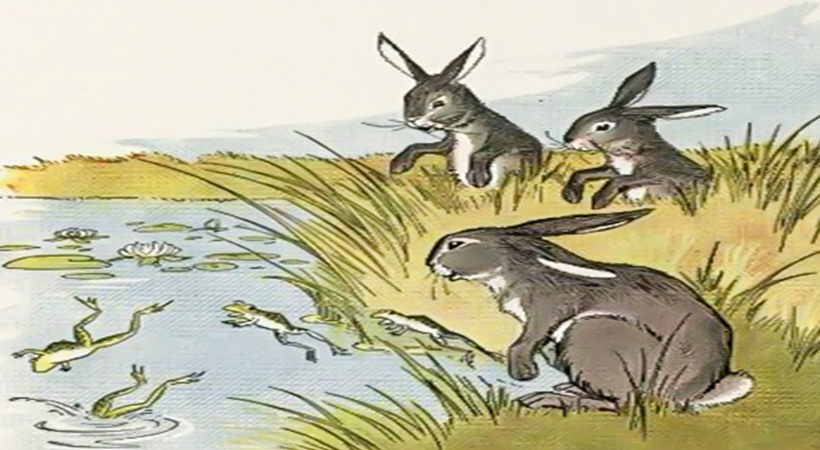 The Hare was infamous for their cowardice. The slightest bit of movement or sounds would send them scurrying away into their burrows. One day the rabbits decided that they would rather die than live their life in fear. So, they sat together deciding how they should meet death.

But as they were meeting, there was a jolt of lightening across the sky, and terrified, the hares began to run back to their burrows. On the way, they passed by the pond, where a group of frogs was resting. As soon as the stomping of the hare feet became audible nearby, the frogs scurried back into the water out of fear.

“I guess things are not as bad as they seem for us” noted a Hare. “Look at these frogs, they are even scared of us” said the hare, concluding that they may be unfortunate, but there is always someone worst off than them.

Previous: The Serpent and the Eagle

Next: The Travelers and the Sea