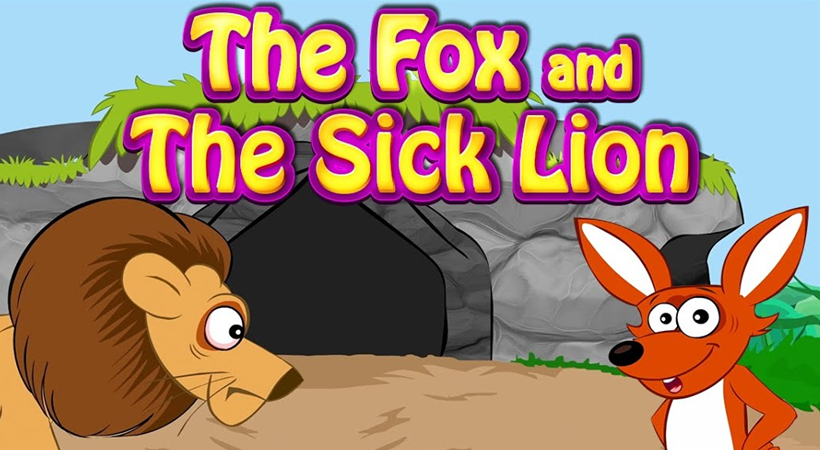 Once upon a time there was a young lion, who’s claws and teeth were too weak for him to hunt and he ran too slow to chase. But, since he did not want to starve, he tricked everyone into believing he was ill.

He lay in a far-off cave and made sure word spread about his ailment. Out of goodwill, many animals would come to visit him, but as they would get close to him, he would quickly eat them up.

One day the fox also visited the lion, but he was a clever and observant animal. He stood afar at the entrance of the cave and asked, “how are you doing friend?”.

“Not too well, do come closer dear” replied the lion.

“I think I am better off here, since so many footprints lead up to you, but there are no footprints back out. Would you mind telling me the way your guests take out?’ said the fox smugly.

He had learnt from other’s terrible experiences and cleverly saved himself.

Previous: The Bull and the Goat

Next: The Man and a Lion