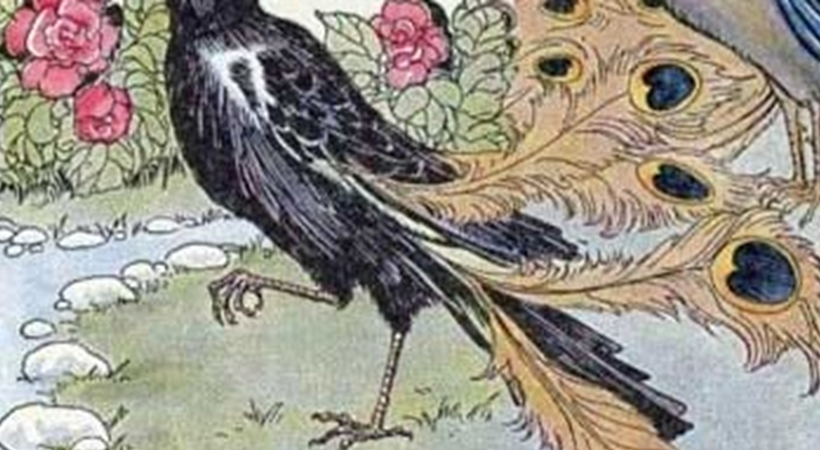 A jackdaw was flying over the King’s palace when he looked at his garden and saw a magnificent flock of peacocks in all their glory. The jackdaw was not much in terms of looks, and looking at the peacocks he fancied being so beautiful.

He thought that all he needed to do now was to dress like the peacocks for them to accept him. So, he collected all the peacock feathers he could find and put them on. When the jackdaw went to the peacocks, pretending to be one of them, the peacocks were quick to catch his costume.

Angry at him for deception, they pecked and clawed the jackdaw out of their garden and took off all his fake feathers and some of his real ones too.

Gloomily returning to his old clan, he was met with another misfortune. Since he had egoistically boasted about turning into a peacock, his own flock refused to take him back and drove him away into the wilderness.

Putting on a good set of feathers does not make you a fine bird.

Previous: The Weasels and the Mice

Next: The Swallow and the Crow