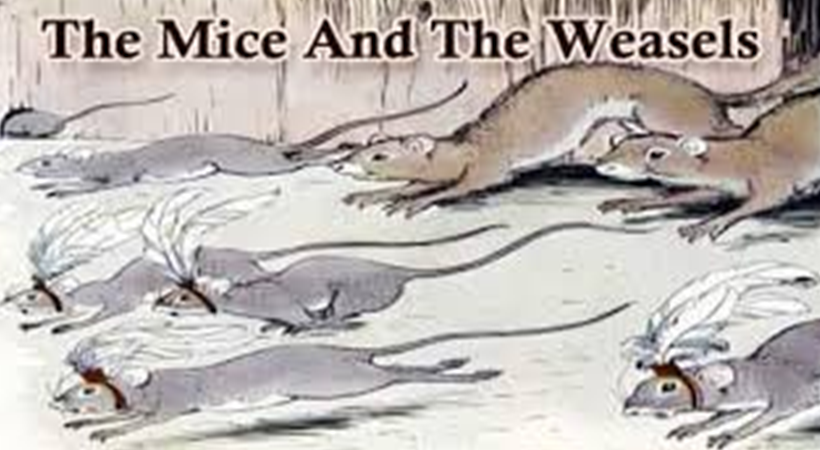 The weasels and the mice were always at war with one another, yet the former always won and took away many mice for their dinner. The mice were concerned about their constant defeat and a council was summoned to discuss the matter. The council decided that the mice lagged, because they did not have leaders in their army.

So, new leaders and general were appointed for the mice, and to set them apart, they were given glorious head pieces with feathers to wear. The newly constructed army trained and trained and were ready for their next bout with the weasels.

After a long bout, the mice were so outnumbered that they were forced to run and retreat. But as most of them snuck back into their holes, the leaders were unable to hurry in because of their tall headpieces. Not one of them could escape from the weasels.

Surely, greatness had its price.

Previous: The Wolf and the Ass

Next: The vain Jackdaw and the borrowed feathers