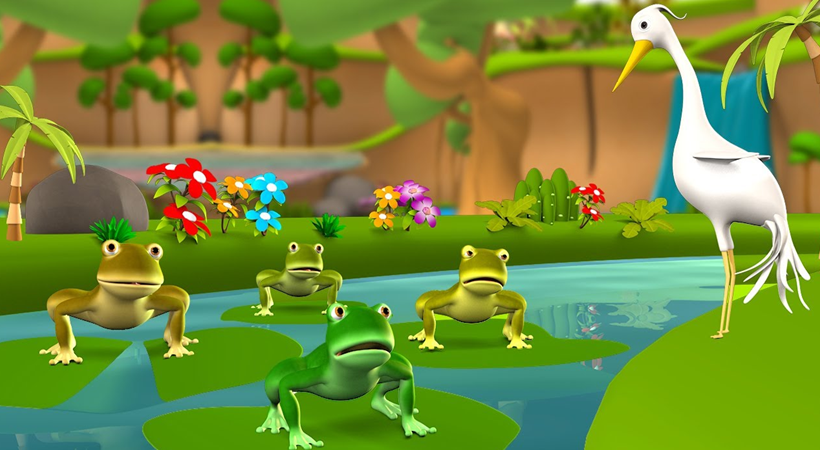 A community of frogs wished to have a King govern them. They were tired of living a life without direction and believed that what they needed was a king who would guide them to a better life.

One day, the frogs went to Jupiter and requested him to bestow them with a King. Confused at the foolish demand, Jupiter thought about how to deal with the odd situation. First, Jupiter dropped a log into the pond by which the frogs lived, making it seems as though a King had been dropped for them.

But soon the frogs found out what a tame King he was. The younger frogs began to climb onto it to dive into the water, while the older ones used the log as a place to meet and sit.

They surely wanted a strong ruler, who would display royalty and have his rule be felt. Thus, Jupiter sent them a stork as a king. This was against all expectations. The stork was a tyrant, and he ate up harmless frogs and made sure the entire pond acted according to his decree.

Now the frogs were miserable. They had realized they made the wrong wish, and could have bettered their own position themselves.

Previous: The Lion and the Bullocks

Next: The Eagle and the Jackdaw