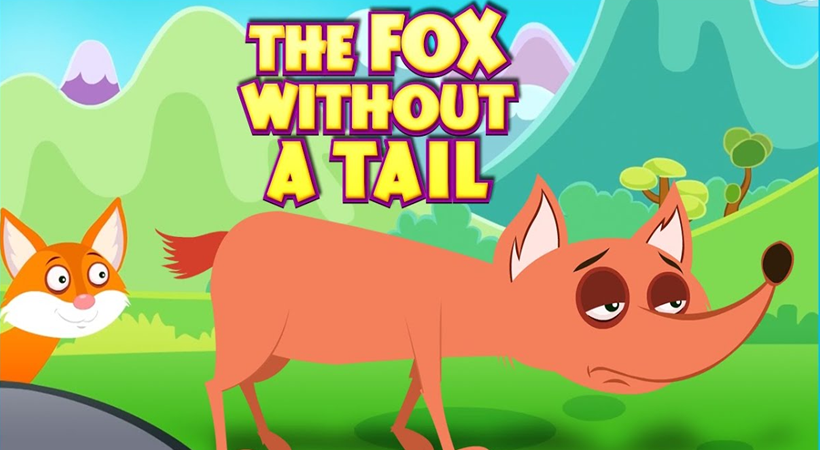 In a terrible battle with a hunter’s net, a fox had almost lost its life, but somehow had managed to tug and pull itself free and had escaped. However, the cost of freedom for him was that he had to leave his beautiful bushy tail behind.

He knew that the other foxes would ridicule him greatly, so the first few days he hid from everyone. But he knew life could not go on like this. So, he came up with a plan. He called all the foxes for a meeting and had them seated before him.

He began to speak to them about how many great foxes had lost their tails in combat. How one had his tail chewed off by a lion, while another had lost it in a fight with a snake. He also mentioned that humans primarily want to hunt foxes for their tails.

Thus, he concluded, it was advisable that all the foxes should remove their tails. But, one elderly fox rose from the crowd, and smiling, he asked the fox to turn around. As the poor fox turned his back towards the crowd, everyone began to hoot and laugh as they saw he had no tail.

It is completely useless taking advice from someone who is just trying to bring you down to their level, and so the crowds left the fox, ridiculing him.

Previous: The Bat and the Weasel

Next: Jupiter and the Monkey