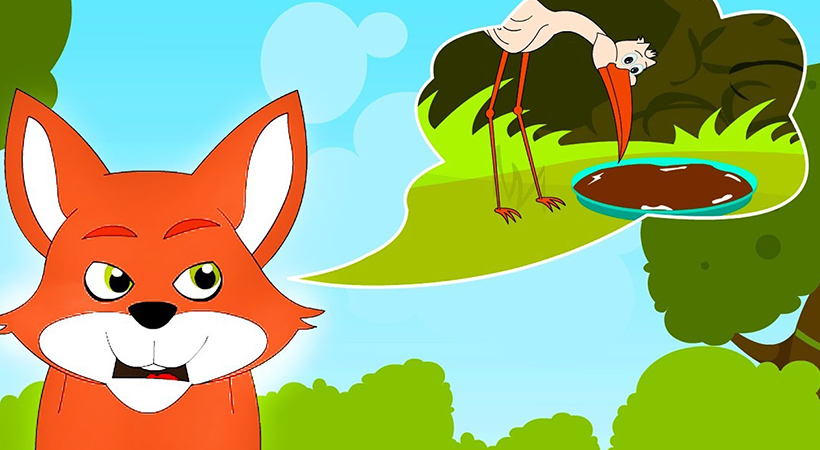 A Fox a Stork were good friends and would often engage in banter with each other. This time however, the Fox wished to amuse himself at the expense of the Stork. So, he invited the Stork to have dinner with, but this was all part of an evil plan.

The Fox made some soup for the party, but served it in an extremely shallow bowl, so much so, that the Stork’s long beak could not take up the liquid. Only the tip of his beak was wet. The fox made a great scene out of this and laughed at his friend.

But the Stork was an even-tempered, level headed bird. He knew that the best way to deal with this situation was to teach Fox a lesson. Thus, he called the Fox over for lunch a few days later. At the occasion, he prepared a gravy but served it in a flask with a very long body. The Stork’s beak slid in easily but the Fox was unable to eat from it. He desperately licked the outsides and ultimately grew angry. But the stork had taught him a lesson. Do not do bad with your neighbor, when you cannot tolerate the same for yourself.

Previous: The Travelers And The Plane Tree

Next: The Bear And The Bees