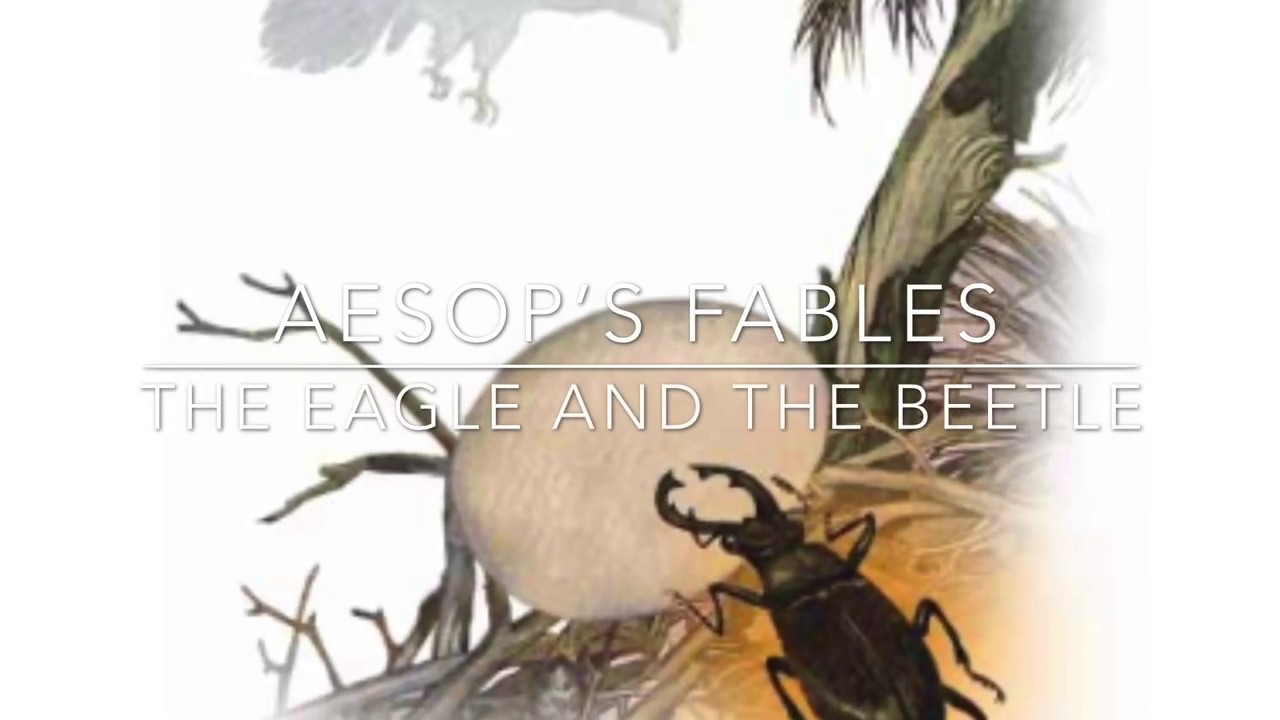 One day, a beetle begged an eagle to spare a hare, who had run to her for help. The eagle was determined to not let its prey slip away, so it pecked mercilessly at the beetle and tossed it far away from the hare.

The beetle was infuriated at the disrespect and the lack of mercy. So, it decided to seek revenge for itself and the hare. The beetle snuck into the eagle’s nest and one by one, rolled out each one of its eggs, breaking all of them.

When the eagle returned, it was very heartbroken and infuriated, but did not know who had done the act. The next year, the eagle built her nest on in a far off and secluded cave, to avoid intruders. But the beetle found it once again, and broke all of its eggs.

Now, the eagle was devastated, so it requested Jupiter, if it could keep its eggs in his lap. Jupiter agreed, but the beetle began to buzz around his head, making him stand up to swat him away. But in the process, all the eggs fell down and broke.

Finally, the beetle confronted Jupiter about why he was doing so. While Jupiter agreed that the vengeance, he asked the beetle to not harm the eggs again, and so, the next year, the eagle’s eggs were left safe.

Even the weakest can find ways for revenge, when hurt.

Previous: The Wild Boar And The Fox

Next: The Mother And The Wolf

We are commited to provide our website visitors with great stories which will help them experience new world. We have wide range of stories with duration like 5 minute bedtime stories, 10 and 15 minute bedtime stories to read available for you. We would love to hear back feedback from you cause we believe feedback is what makes our customer jouney awesome.