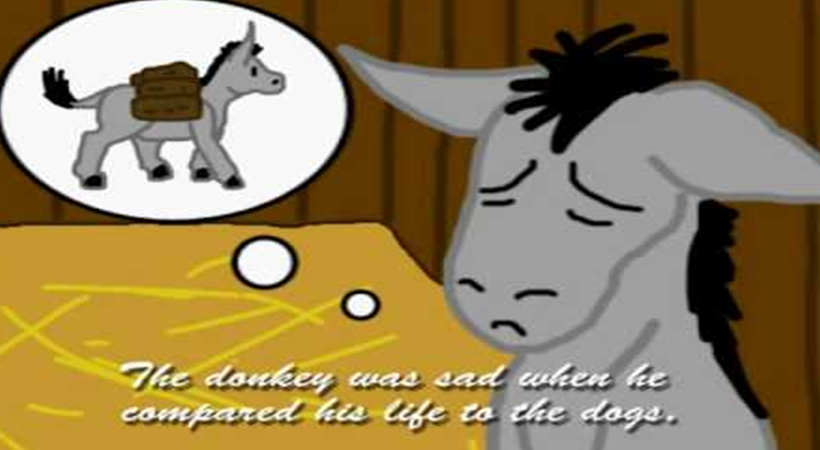 There was once a farmer who had both an ass and a lap dog. The farmer loved his dog dearly and would often pet him in his lap and give him bits of food from his own food too. Every day the dog would run around the farmer and climb into his lap, licking his face endearingly.

The donkey would observe this and would often feel jealous. One day he decided that he would employ the same antics to gather affection from his master. As the farmer was having the lunch, the ass trotted into the house and began jumping around the table, causing havoc. As all the dishes fell down, the ass then decided to put his hooves in his master’s lap and start licking his face.

The farmer was infuriated. He quickly called his servants to deal with the crazy donkey.

The servants kicked and pushed the donkey out of this house, forcing him to return to his stable. The donkey had tried to win affection but instead was punished severely. Clearly, behavior which is acceptable in some circumstances, does not work in all cases.

Previous: The Fox and the Hedgehog

Next: The Goatherd and the Goat