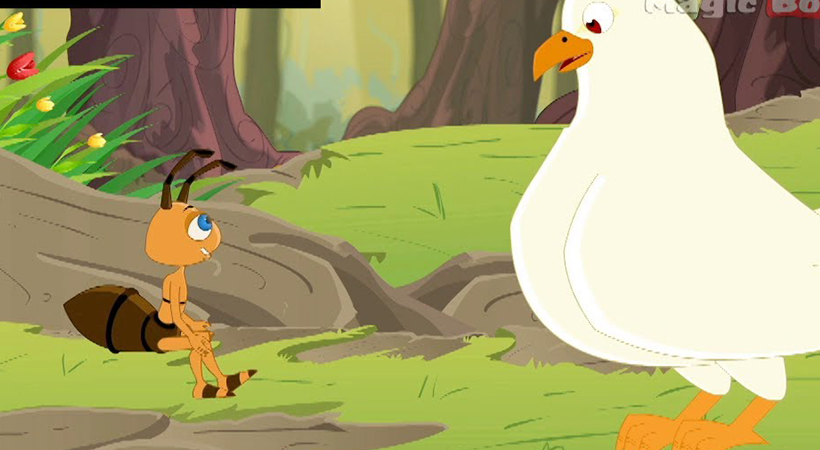 One day an ant had toppled over the edge of the river into the harshly flowing water. As the ant struggled to prevent itself from drowning, a dove watching nearby noticed the small insect. Acting fast, the dove picked out a strand of straw and flew to the river, holding it out for the ant to cling onto.

The ant held onto the straw as the dove flew it out to the bank, away from danger. A few days had gone by after the incident when the ant saw a hunter aiming his sling at the dove, who was carelessly perched on a tree.

The ant rushed to help quickly, and just as the hunter was about to strike, the ant bit his ankle, making him miss his aim. As the stone hit elsewhere, the dove became beware and flew off.

The ant had return the act of kindness.

Previous: The Tortoise And The Ducks

Next: The Man And The Satyr