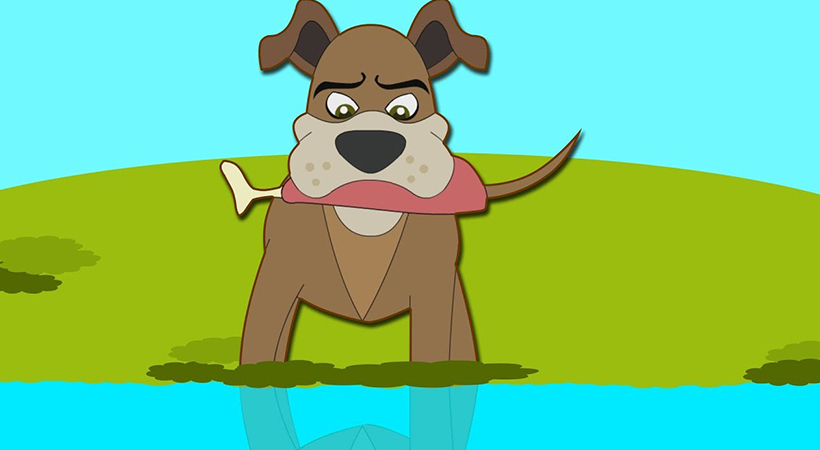 One day a stray dog had been lingering outside a butcher’s shop, who gave him a bone as way of getting him to go away. Happy with his gain, the dog trotted off home so that he could eat his meal.

On his way back, he was crossing a bridge over a stream, when he looked over the edge at his reflection. In the water he saw a dog, holding a bone, staring back at him. Of course, that was his own reflection, but he did not think it through. He thought it was another dog, and growing greedy, he dropped his bone and jumped into the water. But soon he began to struggle to stay afloat, and almost drowned trying to reach the bridge.

Getting out of the water, the dog realized how foolish and greedy he had been. In trying to get two bones, he had lost the one that he had.