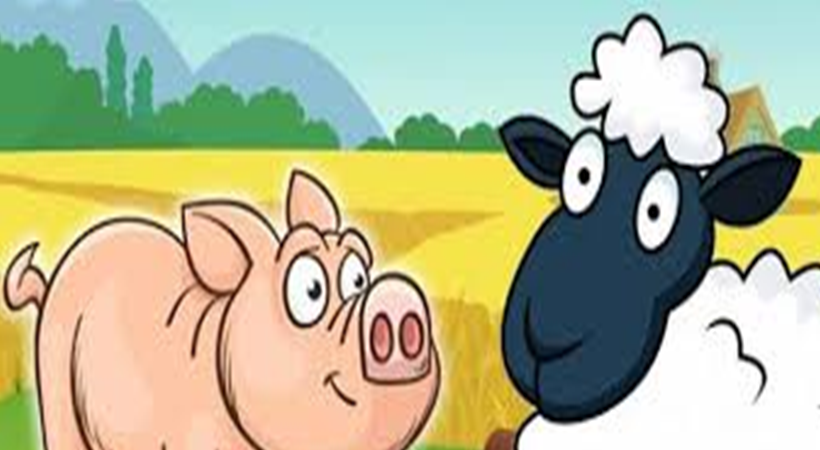 One day a farmer found a fat pig hiding in his herd of sheep. Seeing the farmer approach, the pig began to squeal frantically, but the farmer grabbed him in one go and began to take him away. Tucked under the farmer’s shoulder, the pig continued to squiggle and squirm, squealing out loud, knowing that he was being taken to the butcher.

The sheep were very shocked by this behavior. They did not understand why the pig was making so much noise. So, they began to follow the farmer, asking the pig why he was shouting. “The farmer often takes us away too, but we never foolishly make noise.”

“That is because he only wants you for your wool, but he wants me for my bacon!” replied the pig about his impending doom.

It is easy to stay calm when there is no real danger.

Previous: The Oxen and the Wheels

Next: The Lion and the Bullocks