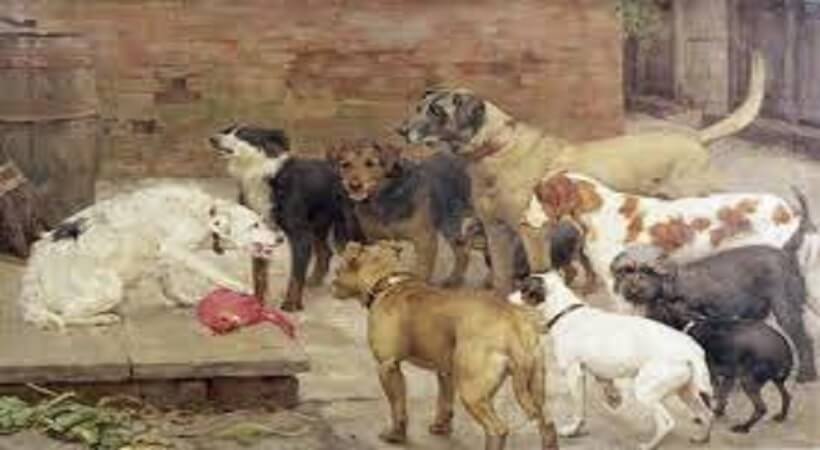 A dog had mastered the duty of carrying his master’s dinner to the table perfectly. Every day he would carry the meal to the required destination as faithfully as possible. However, the delicious smell of the food often tempted, yet he never succumbed to temptation.

One day, a pack of wild dogs tried to stop him on his way to his master’s table. At first, he tried very hard to avoid them, but soon they began to ridicule him for being a slave to his master, ganging up on him.

Soon, the dog gave up and throwing the basket of food down, he took out a big loaf of meat for himself.  “You may split the rest” he said to the pack of dogs.

He should never have stopped for temptation.

Previous: The Young Crab and His Mother

Next: The Raven and The Swan