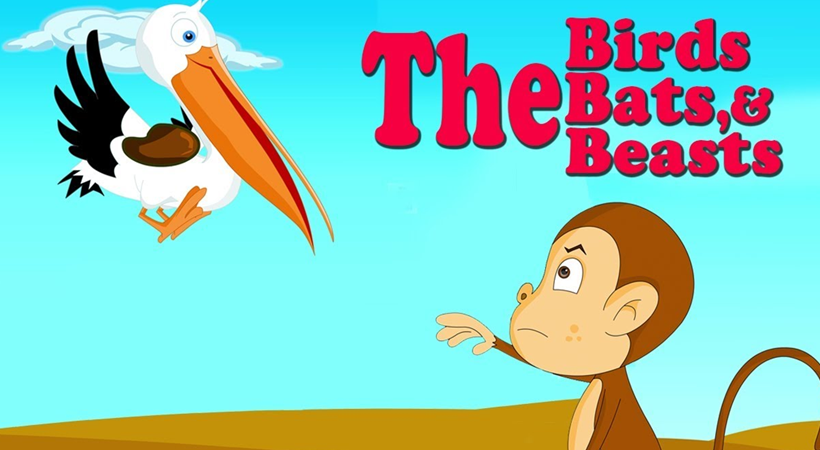 The birds and the beasts in the forest had declared war upon each other. Both sides had their own reasons to be at war. The birds were furious about the geese being killed by the foxes, while the beasts were done with the predatory birds picking on the hares and the mice.

Their fight grew larger and larger, and nastier and nastier by the minute and many lives were lost. The Bat family however, had not chosen a side. They were a controversial species and thus their stance in the battle was also controversial.

The bats began to side with whoever was winning. When the birds were on the lead, the bats would take their side, but when the beats were winning, they would side with them.

When the fight was over, the stance of the bats was discussed at the peace treaty and it was decided that their deceitful nature was alarming and thus, they were driven away from the jungle and forced to exile in the darkness.

Those who deceive others end up alone.

Next: The Oxen and the Wheels