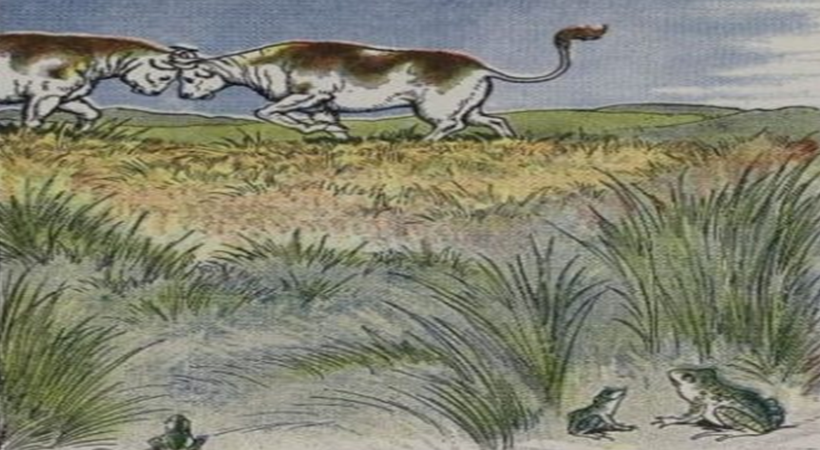 Two bulls were aggressively fighting near a marsh as two frogs sat in the mud watching them. As the fight progressed one of the frogs began to tremble with fear.

The other frog noticed his friends state and asked him what he was afraid of.

“when one of the bull’s loses, he will be declared the weaker one and will be driven into the marsh. Thus, we will all be trampled under his hooves.”

It was true, the frog’s prediction had been correct. When the match ended the bull raced towards the marsh and the frogs were killed in the process.

When authority and power is exchanged, usually the weakest suffer.

Next: The Farmer and the Snake